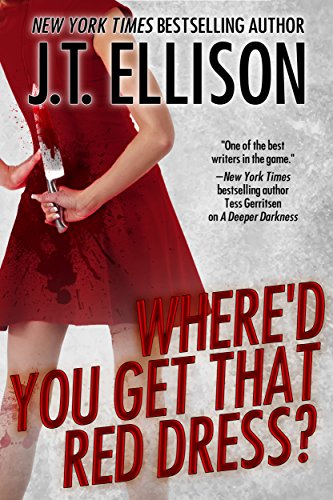 At the Desk, what I see is a different—and bigger—picture. Miami is not a barometer. In fact, no single place is. All our state estimates on Election Night have to take into account everything we can see from all over the state, not just a key county or two—and right now it looks like Clinton is getting beaten most everywhere else in Florida. Trump picks up Alabama and Tennessee. Clinton strings some together in the Mid-Atlantic: Delaware, Maryland, and New Jersey.

At the Desk we blend a range of expertise and we divide up the roles. Steve Ansolabehere knows all the voting systems and David Winston knows key states like Ohio inside out. To all of us this night is the same puzzle to solve. The campaigning is over, anyway. My rule, handed down to me from my predecessors, is that everyone needs to agree before we call a race.

Seated next to me is Murray Edelman, a consultant for us now, but who more than forty years ago helped build the foundation of how we do things today. Back when networks began competing to call races in earnest in the s and s, computers—which, Murray reminds me, were so big at the time they could take up an entire room and were fed by punch cards—had come along with advances in statistics that made it both alluring and possible to quickly figure out what was happening on Election Night.

The networks were taking up the challenge. I have one that lists a long string of vote estimates from every state—in tiny, eight-point type, each down to the decimal point—that their big computers had spit out the night before. They divided a state into four or five regions and waited for votes from every one of them, like buckets that had to fill up, so that a Decision Desk could know it was accounting for every part and every place.

It became a cornerstone of the modern approach. Nowadays, the precincts for exit polls are still picked at random every year; our interviewers go to big places and small ones, to country and city precincts, Democratic-leaning places, Republican-leaning places, and everything in between. Because we never know in advance where the big vote shifts might occur, and surprises are the last thing you want.

We call Kansas for Trump the moment its polls close.


The exit polls start telling more of their story, too. The interviewers talk to voters until the voting ends, then they go in and talk to election officials, as well, and get the official precinct results straight from them. We update our models with the counts from the officials, and the small leads Clinton had in some areas of Michigan and Wisconsin shrink even further.

Where'd You Get That Red Dress?

It was sometime around the By this time of night, in or , Michigan had shown a wide lead for Democrats. Obama had been well on his way, cruising through states that always voted Democratic. Not so for Clinton tonight. The pattern looked familiar, like the county maps we had seen that spring, on primary nights, in the Democratic contest between Clinton and her rival for the nomination, Bernie Sanders. Back in the springtime, in those primary races in Michigan and Wisconsin, Clinton had done relatively well in the cities like Milwaukee and Detroit, and Sanders had done well everywhere else—in the outer suburbs, the rural counties.

Now in November, on this Election Night, the urban counties were lit again for Clinton, but once again the vast landscape beyond them was lit for her opponent—this time, for Trump. I wondered if that was a holdover, a story unfolding in county map form: No one yells at anyone at the Decision Desk; at least not at ours. We start looking at Ohio, and whether we can make a call for Trump. Gersh is already looking and chimes in: This also becomes a check on the quality of our data.

The fact that we can do this tells a political story in itself: A Republican getting 55 percent in counties where Republicans usually get 50 percent is having a good night. A Democrat getting 60 percent in places Democrats usually get 70 is having a bad one. As we head toward In county after county, mostly in smaller rural ones, we see Trump doing better than other recent Republican candidates have done, beating the Republican benchmarks.

Something real is happening.

With about three-quarters of the vote in from Ohio, Clinton is running ahead of a typical Democrat in only six of eighty-eight counties. Trump is ahead of usual Republican benchmarks in all the others, and up in them by ten points on average. We apply that key test: Watching all these counties moving toward Trump, one after another, gives us confidence that it is.

These kinds of urban counties have so many voters they can sometimes change a state all by themselves.

In fact, Democrats often rely on them to do just that. Tonight Cleveland is counting more slowly than other places. We assume there are about , votes, and half of them are still uncounted.

We plug in a most-outrageous-case scenario. So what would happen if she got an astounding 80 percent or even 90 percent? I test the extremes to be extra sure before making a call like this. And besides, the turnout there—as in some other Democratic areas—looks laggard compared to other counties. I give the control room the call, and Ohio lights up Republican red.